Take a moment and connect
with a local veteran

In 1990, I was working for a little weekly newspaper in Laughlin, Nevada named — and I am not making this up — The Laughlin Gambler.

A reader called in and notified us that there was going to be a reunion of Pearl Harbor survivors meeting at one of the casinos in town and inquired as to whether the newspaper would be interested in covering that event.

I’ve always been an avid fan of history, so I relished the opportunity to talk to the group of veterans. As it turned out, only one of the veterans in the group was at Pearl Harbor on that fateful day, Dec. 7, 1941. Nonetheless, I interviewed the veteran and wove his recollections around facts about the attack that I researched from the local library (these were the days before the internet was readily available).

We ran the story with a black-and-white photo of the group of veterans, and I moved on to other assignments.

Since then, I’ve edited dozens — if not hundreds — more stories about veterans and their experiences. Of course, every veteran has a different story, but all are compelling in their way. The man I met in 1990 recalled the chaos and terror of the attack that led to the United States declaring war and officially entering World War II. Some veterans have told stories of how their service changed their lives for the better, while others recall trauma that they continue to deal with to this very day. 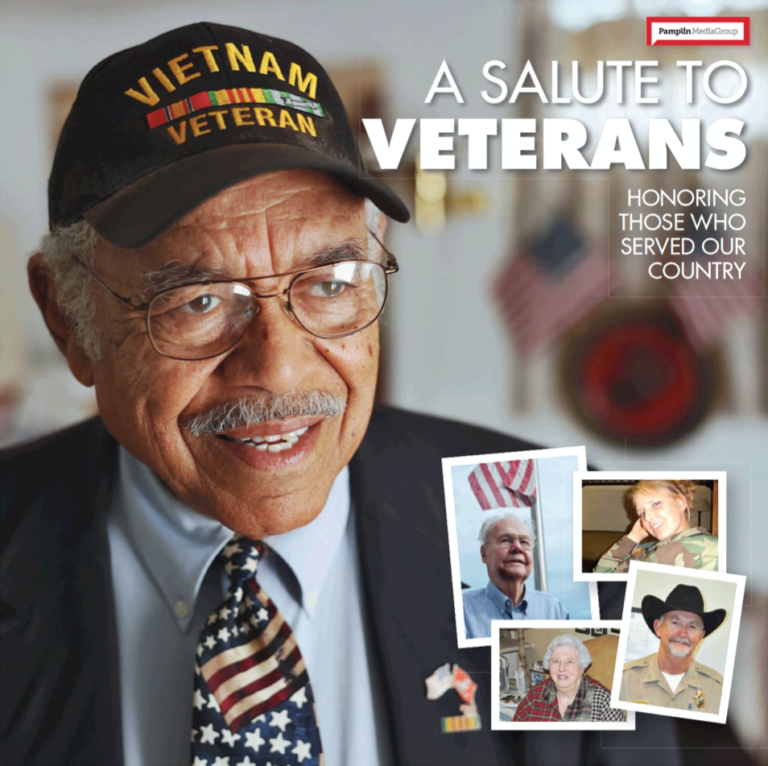 But regardless of their individual experiences, what binds them together is their stories — stories that we, at Pamplin Media Group, now get to share with you.

It’s been seven years since we first published a veteran’s section, and we’ve shared stories from veterans who saw service through World War II, Korea, Vietnam, two Gulf Wars and Afghanistan. Some of the people we interviewed for this year’s Salute to Veterans section had military careers that spanned multiple wars, and now some will be exiting service in peacetime — something that hasn’t happened in more than 20 years.

Even if you haven’t served in the Army, Navy, Marine Corps, Air Force or Coast Guard (as I have not), these stories help to connect us all with the men and women who have served our country.