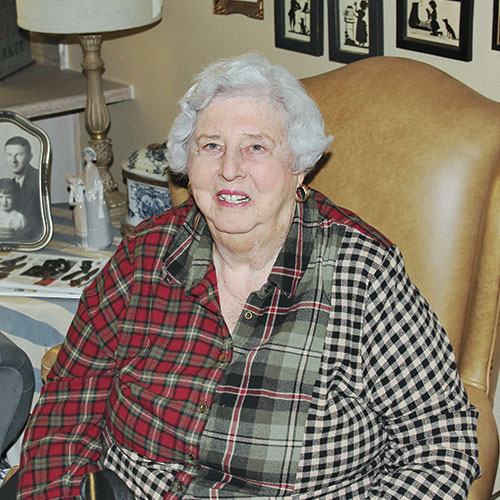 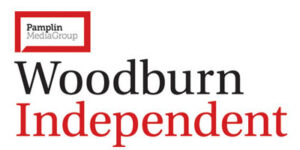 FROM SILVERTON HIGH TO THE AIR FORCE

By her junior year at Silverton High School, Sheryl Raustein of Woodburn knew she wanted to travel. She also had a plan to see to it.

“I was living in Silverton and had just graduated from high school, and three days later I was at Lackland Air Force base (near) San Antonio, Texas,” Raustein recalled of the summer of 1953. “I signed up for the Air Force, took my physical, aptitude test and everything; I just had to wait until I was 18.”

That meant a month later in July she was in the armed forces in earnest, just about the time the Korean War was winding down. But she did join soon enough that she is called a Korean War veteran.

She did. But mostly she saw air strips and planes landing and departing.
After basic training Raustein was stationed in Great Falls, Mont., where she was control-room plotter as part of Air Defense Command. She also joined the base’s women’s basketball team. Travel dreams came to fruition as the team would visit bases around the country to play games.

She left Great Falls when Strategic Air Command took over the base.

“They didn’t allow any females within their units,” Raustein recalled. “So, they transferred us to Oklahoma City where there was a radar site at Tinker Air Force Base. I was there the rest of my time for first three years. I was due to get discharged from there, when they changed the regulations for (USAF) flight attendants; it used to be you had to be short, but they raised it to 5-foot-10, and they let (women) under 21.”

So instead of discharging from the Air Force, Raustein went to West Palm Beach, Fla., training to become a flight host. She recalled hot weather and hurricane warnings.

Raustein was transferred to Charleston, S.C., her flight-host base of operations. Primarily she was tasked with helping on planes transporting military families overseas.

Assignments took her to Bermuda and the Azores of Portugal, for rest and staging. From there flights transported service personnel to many locales, largely in north Africa.

“The Azores people were friendly, and they had slot machines there of all things,” Raustein recalled.

One assignment involved flying Hungarian refugees from Germany to the United States via Bermuda. The Bermudans gifted refugees with fruit, but customs disallowed fruit in the US. So many refugees unloaded in the plane’s restroom, prompting a fire chief to meet the landing plane and contain it.

The Charleston newspaper wrote a story about the refugees and took a photo of Raustein. They had to take it twice because she looked too happy in the first take for the tone of a story about refugees.

Raustein was a flight host for about a year and a month. It was challenging, but she wouldn’t have done anything differently.

“Well, I think one of the biggest things (about serving) is you have got to get along with all kinds of people,” Raustein said. “You’ve got to get along and be a good joe and take a joke. And believe me there were a lot of jokes played on us gals.

“I value (the experience) as schooling, getting to know people, and I met lot of people,” she said.

One person was Horst Raustein, a German immigrant she met in Oklahoma City, who was a USAF as a telephone repairman.

Horst Raustein worked in the Arctic on Baffin Island, but travelled back down to the states about the time Sheryl Raustein discharged.

“The day I got discharged, I got married,” Raustein said. “I got married right there in Columbia…I was discharged at 3 p.m. and married at 7 p.m.”

The couple travelled west on their honeymoon, lived in Sacramento for eight years before heading north and settling down outside of Woodburn – not far from where Sheryl Raustein’s travels began.