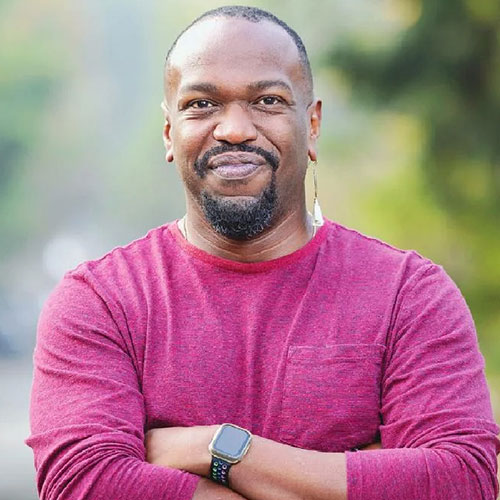 The Air Force got James R. Dixon out of his hometown of Goldsboro, North Carolina. He wanted structure but didn’t feel ready for college. So he followed his father, sister and uncle into the military.

He soon had a life he could hardly believe, running eavesdropping electronics for U2 spy planes.

“I was fresh out of high school, so it was a hell of a job to have with secret security clearance, working on a multi-billion dollar aircraft,” said Dixon, now 42. He still gets excited talking about those early days. “It’s a pretty cool thing to work on a spy plane.”

Dixon served from 1998 to 2002, so he’d had a few years under his belt when 9/11 happened. He remembers information slowly trickling in, and watching the footage, over and over.

“I was standing in a room next to lieutenants. No one was saluting. We were just like looking at the screen and saying, ‘Okay, here we go. This is what we came to do,’” he said. “And then your body just moves, and you report to duty, and you do everything you’re told to do.”

The ability to separate his thoughts and emotions from his duty to serve helped him channel the national trauma into purposeful work. Dixon soon deployed from his home base at Beale Air Force Base (AFB) in California to Prince Sultan Air Base (AB) in Saudi Arabia.

However, his ability to compartmentalize came from a traumatic experience that happened well before 9/11 and was exacerbated by the military structure at the time.

Dixon has harrowing memories of being repeatedly sexually assaulted by another male in the Air Force. Although this was physically, emotionally and mentally traumatizing, reporting it, Dixon felt, would have been dangerous. He already identified as a queer man but had to keep that part of him secret. Under the military’s “don’t ask, don’t tell” policy of the time, he feared repercussions if he spoke up.

This contributed to his decision not to re-up after his first four years. But Dixon is clear: he does not regret his time in the service.

“I love my country, even though I’m black and I’m queer, and the experience is very different for a person like me. I felt that by joining, I could make a difference. And I’m really glad that I did that.”

Dixon, who uses he or they pronouns, turned his Air Force experience to work in the tech industry. He also tended a bar at the old Portland icon Hamburger Mary’s for a time. Now back in IT, he dedicates much of his volunteer time to cutting-edge mental health research to support other vets. He’s part of a team with the Portland Veterans Administration Research Foundation that is doing trials on whether substances like psilocybin or ketamine are helpful in treating PTSD.

He loves it because it lets him give back.

“There’s just such a need, you know?” Dixon says. “And I didn’t know that I could actually help other veterans. So it just feels really awesome.”

He urges vets to get in touch if they’re interested in learning more.

“When we go into the military, we go in for a purpose. When we come out, we need to come out whole. So reach out and get the support that you need. Because you’re owed it, and it’s something that we can help you with. You don’t have to do it by yourself.”

Dixon says his time in the military and the twists of his life afterward taught him that it is never too late to learn and change.
In addition to his IT career and deep passion for mental health, Dixon is an actor, director and producer who has worked at many theaters in Portland, including the Portland Opera, Defunkt Theatre Company, Bag & Baggage and Portland Playhouse. His first stage gig was less than a decade ago, but to him, these different paths and interests feel connected – and important.

“Everything that I do just always comes back to my existence of being black and queer and being a vet.”