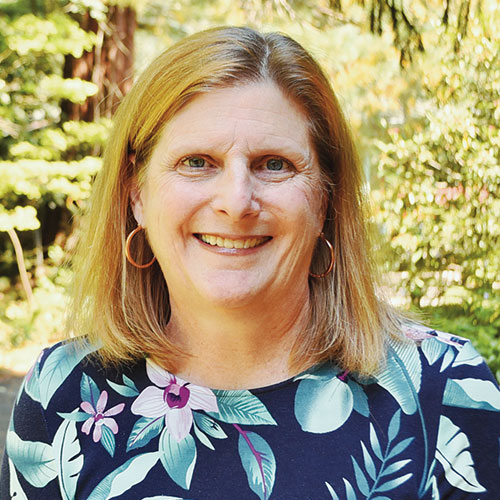 CARING FOR SIBLINGS IN SERVICE IN THE US MARINE CORPS

When Sandy resident Monica Butler was growing up in the Laurelhurst area of Portland, she knew she wanted to help people.
As an adult, this inclination led her to pursue a career in the military.

“I’d say at a very young age, I knew I wanted to give back in some way,” Butler said.

Before signing up at age 22, Butler met with military recruiters at Mt. Hood Community College. Though she initially hoped to follow in her father’s footsteps and join the ranks of the Air Force, she’s especially proud to this day that she instead served as a member of the Marine Corps.

Butler served as a unit diary clerk from 1983-1985, leaving on honorable discharge after two years due to a knee injury. When she was discharged, Butler had achieved the rank of corporal. She served at the 29 Palms base in Florida.

While serving, Butler’s job fulfilled her need to help others. As unit diary clerk, Butler was responsible for keeping track of the location, wages, assignment — basically everything — of everyone in her unit. She loved being the person caring for her unit. However, the downside of her position was that she was also the person who had to notify soldiers’ families when worst-case scenarios became a reality.

In 1984, the unit lost folks in a bombing in Beirut, and she had the difficult task of contacting loved ones with the bad news.

“That’s the worst part of the job,” Butler said. “But in that position, I felt that I was giving something back and doing something beneficial to the people I worked with. I wanted to make a difference in my unit. Our saying was ‘No Marine left behind.’”

Butler came from a family of veterans, yet she was — and remains — the only woman to serve. Her father was a pilot in the Air Force, and her uncle was a full-bird colonel in the Marine Corps, but none of her cousins entered the service.

“(My family) thought I was insane to go into the Marine Corps,” she said. “I think after I became a Marine, they were so proud.”

Being a woman in the Marine Corps was also a rarity in her time in the service.

“Women in the Marine Corps is a very small group,” she said. “It was a unique branch for military service anyway. Women in the branch had to go to classes where they taught us to do our hair and makeup. We were the face of women in the Marines.”

Though Butler had to go through the grueling boot camp process — which was said to be more difficult in the Marines than in other branches — and she proved herself to be worthy of her position, she said there was still some difference between how she and the men were trained and what was expected from them.
“I think it was a disservice to us that we weren’t trained just like our male counterparts,” Butler said.

While she wishes her military experience had been more equitable, Butler still enjoyed her time as a unit diary clerk. In that position, she said she was like the unit’s mother, caring for soldiers in the field. This made it only natural when two of Butler’s actual children later grew up to join the military — her oldest son Stephen with the Air Force and her middle son, Mark, with the Army and was born on base while Butler was serving.

Though Butler is no longer in active service, she said: “once a Marine, always a Marine,” and she still uses her penchant for helping people in her daily life and her job as executive director of the Hull Foundation and Learning Center, a Sandy-based nonprofit, which serves people with sight loss and blindness.

After leaving the Marines, Butler worked for a time for Ventura Park as an instructional assistant. Then she went back to college and got her license to be a tax preparer. She worked for the management services company ADP from 2005-2018, before deciding to retire … for all of two days. Two days after she retired, she attended an event at the Hull Foundation, fell in love with the mission, took a job as rental director, and rejoined the workforce.

In her role at the Hull Foundation, Butler seeks to foster and inspire growth in those she works with as the Marine Corps did for her.

To this day, 61-year-old Butler still has very high expectations of people and herself from her time in the service. Her military experience also taught her that her high expectation of herself is typically met and warranted.

“I know no matter what the task is that 99% of the time I won’t drop the ball,” Butler said. “The Marine Corps validated my confidence and taught me to not ever let anyone tell you (that) you can’t do something. As a woman, it taught me that I can do anything. I don’t have a college degree but look at what I’m doing.”