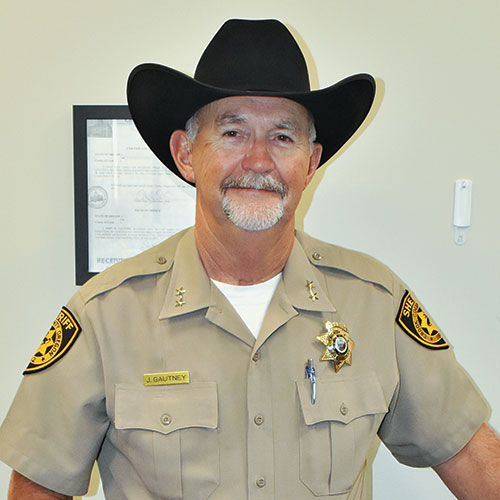 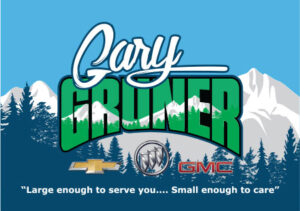 Crook County Sheriff John Gautney began his service career in the Vietnam era in 1973 in Alabama when he joined the Army in a delayed entry at the age of 17.

In retrospect, Gautney attributes the skills and work ethic he learned in the military as being a force that shaped the rest of his life. He stressed that the discipline and accountability gained in the Army sets the tone for a young person’s life.

“I went in on a high school delayed entry with two other buddies,” indicated Gautney.

“We joined while we were in high school and graduated on May 20 (1973). We went in on May 31. One buddy and I went to Fort Polk (Louisiana) for basic training, and the other one got sent somewhere else because he decided to go a different route.”

Gautney went from basic training to Advanced Individual Training (AIT). He was then assigned to a company in Fort Benning, Georgia, where he ran into his other buddy. Eventually, all three were dispersed in different locations. Gautney was sent to Fort Lewis in 1975, where he re-enlisted in 1976. In 1977, he was sent to Germany—where Gautney spent the remaining six years of his career.

He came back to Fort Jackson, South Carolina, for his end of term of service in 1979. For a short time after getting out of the Army, he went back to Germany to work as a civilian for the Department of Defense.

While in Fort Lewis, his sponsor was from Madras. Upon exiting the service, Gautney remained good friends with his sponsor, and they spent a great deal of time hunting and motocross racing at Deschutes Junction and in Washington state.

“I fell in love with this country, and when I got out, this is where I wanted to live, so I have been here ever since,” Gautney stated of his love of the high desert.

Shortly after moving to Prineville, Gautney went to work at Crestview Cable for Paul Rowan for three years. It was at his first job in Prineville that he met his wife, Audrey. Shortly afterwards, he went to work for the Sheriff’s Office as a “posse member.”

In 1985, Tom Lowe, the sheriff at the time, hired Gautney as a deputy. He served in this capacity for nine-and-a-half years, first as a deputy, and later as a sergeant.

“I was the only sergeant the office had at that time. I think when I started, we had five deputies, a sheriff, an undersheriff, plus two ladies who worked in the office.

“At that time, we went through three years of having to go out and ask for money to keep the office operating and ask for a levy,” Gautney went on to say.

The last year that they were having to ask for a levy, Gautney was on a swing shift, and it was election night.

“It came down so close to the wire, that if the levy had not passed that night, I would have been out of a job the next day,” he indicated. “It was right down to the 30-day mark, because you had to give your pink slip 30 days prior, and my last night was on election night—but it passed. But it was too close.”

Gautney’s last assignment for Bend Police Department was for lieutenant of the drug team for CODE for three-and-a-half years. In between the lieutenant and drug assignment, he attended the FBI National Training Academy in Quantico, Virginia.

After his assignment with the CODE team, Crook County Sheriff Jim Hensley hired him to be his undersheriff. After six years, Hensley was medically retired, and Gautney was appointed sheriff for the remaining year. He was re-elected to a four-year term and recently was re-elected in 2021.

“Right now, is probably the most trying time in my whole career,” he stated of the current political climate.

“I really love this career. I have spent a lot of years doing it, and I love what it is, and I love helping people. We have a good reputation.”
He pointed out that what sticks with you are the good things where they make a difference.

He and his wife, Audrey, have four children and nine grandchildren.