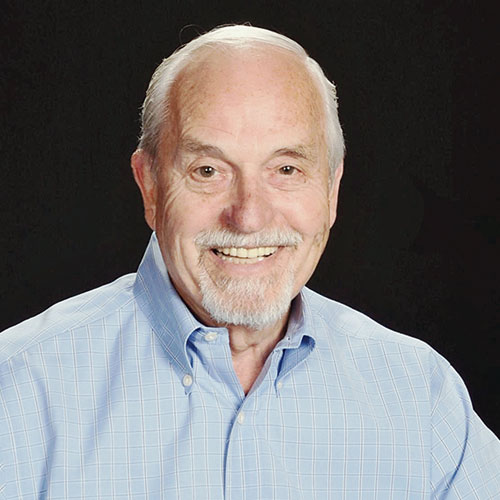 Dave DeHart was born on Feb. 22, 1936 — what would’ve been George Washington’s 204th birthday — on Lincoln Street in Portland, Oregon.

With such a presidential coincidence surrounding his birth, his mother mused that he was destined for great things.

His father served in the Navy during World War II, and DeHart was convinced he would follow in his footsteps and become a sailor.
“Growing up with a parent in the war, I couldn’t wait until my 17th birthday so I, too, could join the Navy like him,” DeHart said.
He dropped out of Gresham High School a week before his 17th birthday and made his way to the recruiting office in downtown Portland, only to be told to come back when he finished high school.

As he left the building, he ran into an Army paratrooper. Fully decorated with badges and pins, the man motioned DeHart over.
“Come here, son, let’s talk,” he said.

Thus began DeHart’s 20-year career as a soldier in the Army, where he would learn two new languages, dine with celebrities, serve in both the Korean and Vietnam wars and travel the world.

He went to basic training in Fort Campbell, Kentucky, and was shipped off to Korea near the war’s end. He spent a year there driving trucks and then another six months as a supply sergeant.

When he returned stateside, he was stationed at Fort MacArthur in Los Angeles. There, he became a chauffeur for a commanding general, driving him to exclusive clubs and celebrity events where he met movie stars and socialites.

“Raymond Burr cooked breakfast for me,” he said.

After his stint as a chauffeur, DeHart went to language school, where he learned Turkish. After graduating, he went directly to a NATO headquarters in Izmir, Turkey.

He spent two-and-a-half years there and adopted his two children from Lebanon in 1960.

One day, he got a call from an Army special agent informing him that he’d been recommended for Army intelligence school. He would have to fly from Izmir to Istanbul, overnight in Athens, and then move on to Rome, where he would be met by someone coming from Naples.

“I couldn’t figure out why they had all these stops,” he said. “I found out later that I was being observed.”
Luckily, he passed the test and the subsequent interview and headed to military intelligence school in Maryland. His first assignment as a military special agent was in Eugene, Oregon — conducting background investigations for people needing security clearance.

After that, it was back to Korea.

He was placed on a team with three other Americans and three South Korean intelligence officers, and together they worked to capture North Korean spies.

“That had to be one of the most interesting assignments I had,” he said.

When he finished that assignment, he went to San Francisco, where he did seminars about counterespionage efforts from Russia across the West Coast.

He then traveled to Italy to another NATO headquarters. This was his favorite part of his career, he said, because of all the places around the Mediterranean that he got to travel to. But before the end of his tour, he was promoted and had to change units, which landed him in Germany. There he had control over four spies who reported to him.

“That was a challenging position because you held these people’s lives in your hand,” he said.

He returned to language school afterward, where he learned Vietnamese and was then stationed in Can Tho, Vietnam, where he again worked with spies.

“I had a tremendous amount of responsibility and had very highly successful people that were working for me, and the work they did put their lives on the line,” he said.

After a year in Vietnam, he returned home with a Bronze Star, but he was greeted by protesters who called him and the other soldiers “baby killers” and asked how many children they’d killed that day. It was a stark contrast to the roses he was handed during his homecoming from Korea.

He spent two more years in the Army stationed in Portland before retiring in 1973.

After he retired, DeHart began a career in insurance, eventually leading him to meet his wife, Wendy. They’re a creative couple — Wendy is an artist, and DeHart does photography and writes novels. He currently has seven published novels, and meets weekly with a local writer’s group to work on another.

“Veterans Day and Memorial Day are two days of the year when I get semi-depressed because it makes me stop and think about different people,” he said.

To those enlisting today, DeHart’s advice is to have a plan for what you want to achieve during your time in service.
But for other veterans like himself, DeHart has a different message, and he says it to every veteran he meets.

It’s bittersweet and strikingly honest. From a man who has returned to his homeland in both ceremony and protest, this message is his moniker in a secret language spoken only by others who understand the tragic exhilaration of service taught to them through experience.

“To all my living veterans out there: welcome home.”