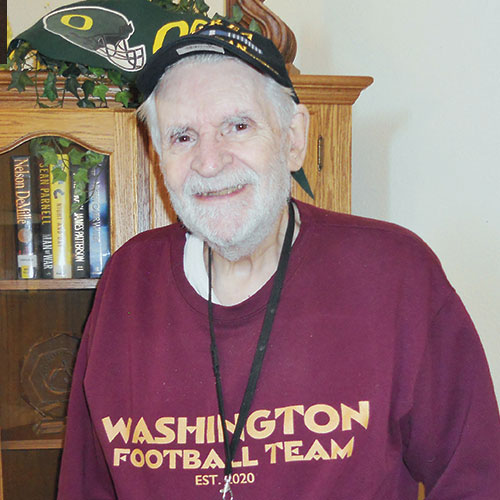 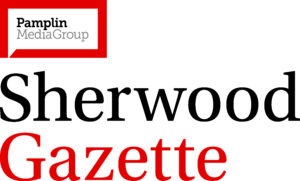 When you are serving overseas in the armed forces, you are removed from family.
Eighty-six-year-old Bob Nordstrom is more than familiar with that feeling of separation, having also experienced it at a young age.

Nordstrom, who resides at Avamere at Sherwood, recalls a lonely childhood. At 6, he was sent to a boarding school two hours from home.

“My mother, when my dad died, was left with six children (four boys and two girls),” said Nordstrom, who was born in Wilkes-Barre, Pennsylvania.

His mother sent him to Girard College in Philadelphia, more than 100 miles south of Wilkes-Barre.

“It wasn’t her fault, God bless her,” Nordstrom insisted. “My mom worked awful hard. It was so tough for her.”

Nordstrom recalled the emotions he felt being with other kids at Girard College, far away from home.

“I was afraid of crying because none of us want to see other kids cry,” he said. “That night, I had my cry. I sure wasn’t the only kid who was worried about crying.”

Children at Girard College did get to return home for Christmas and during the summer.

“I remember I couldn’t wait for Christmas,” he recalled. “My mother had to pay money for bus fare. I never forgot that either.”

After graduating from Girard, Nordstrom joined the workforce in Philadelphia at Mathieson’s Tanker Industries Inc.

“Lo and behold, the boss man had been to Girard,” he recalled. “That was crazy. That was incredible. I had the job for about a dozen years.”

World War II was over, and the U.S. Army was changing. Instead of fighting Nazis in Europe, the Army was settling into the Cold War — decades of tensions with the Soviet Union.

Nordstrom decided to enlist, going through 10 weeks of basic training
“Tough,” he said, “but it was great.”

Upon completion of basic training, Nordstrom was sent to Fort Dix in New Jersey.
And then he shipped out. The Army put Nordstrom and more than 2,000 other men on a troopship bound for Korea, the first theater in several wars between the United States and its allies and communists backed by the Soviet Union.

Nordstrom did not enjoy the journey.

“Boy, that is rough being on a troopship,” Nordstrom said. “Two-thousand one-hundred troops on a troopship sleeping very close to each other, some getting sick.”

Nordstrom continued, “Dumb old me. I twice threw up overboard. You sure don’t want to do that. Troopships are tough — you’re cramped and it’s smelly (already).”

At least the food was bearable, according to Nordstrom.

“Eating is hard, but not that hard,” he said. “You get used to it. The food slides around when you’re on a ship.”

Once in South Korea, Nordstrom settled into the 17th Infantry Regimental Combat Team.

When Nordstrom arrived back in the United States, he recalled, “Neither my mother, or even my brothers, could afford to come out to welcome me back the way some people were welcomed back.”

Nordstrom, after the service, attended George Washington University and eventually worked in the federal government at the Small Business Administration in Washington, D.C.

Nordstrom has great respect for the servicemen who saw actual combat in the Korean War.

“I worship these guys,” Nordstrom said, fighting back tears. “Those people went through holy hell. I still feel that way about them. None of us really know. Many times, I have cried about the guys who went through that.”