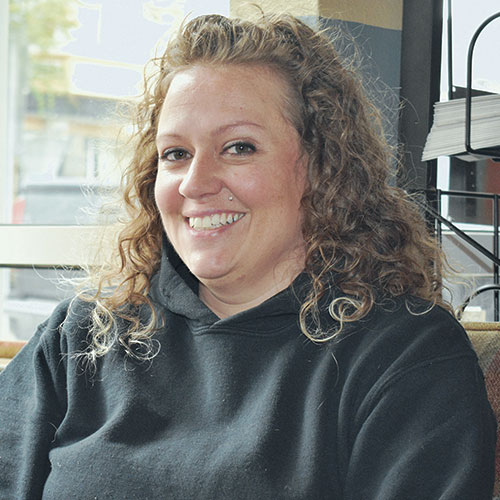 2021 Salute to Veterans - The Outlook

SERVING THOSE WHO HAVE SERVED

Whether she means to or not, Alisha Nicholson has made it a habit of proving people wrong.

Nicholson, a Marine Corps veteran, said it has always been like that, and she wouldn’t have it any other way.

Nicholson grew up in Gresham with her sister, brother and her mom. Her mother raised the three by herself while working full time during the day and going through school at night. Nicholson said her mom was a major influence on the person she is today.

“She showed me that regardless of your circumstances, nothing can ever stop your will to follow your dreams,” Nicholson said.

After living in Gresham, entering a school year as a second-year senior, Nicholson decided to get her to get her general education diploma (GED) at the Oregon National Guard Youth Challenge Program in Bend.

With her GED in hand and no further interest in high school, Nicholson decided to join the military.

“My sister joined the Marine Corps when she was 20, so she was older, and she was a reserve,” Nicholson said. “ I went on active duty, so I was going to be gone, and that made my mom very nervous. At first, she didn’t want to sign on for me.”

Nicholson was committed to joining despite her mom’s fears, which were then amplified because of the 9-11 terrorist attacks.

“(The attacks) didn’t change my resolve at all. I was probably more motivated to go,” Nicholson said.

In 2002 Nicholson joined the Marine Corps, stationed at Camp Lejeune, North Carolina. She was in an artillery unit at the camp, at the time heavily male-dominated.

“You know a lot of people look at me and ask me why join the Marine Corps? Nicholson said. “I was told by someone that I was too dainty and fragile to do it, so I told them, ‘Watch me.’”

Nicholson said she thrived as a Marine. She loved the structure, the competitive nature and the camaraderie.

She spent four years on active duty, then about two years in inactive reserves before entering the reserves from 2008 to 2011.

Nicholson was married and had two children while serving. By the time she left, she was a divorced single mom.

Like before, she decided to go against the grain by taking emergency medical technician classes to become a volunteer firefighter. Once again, in a male-dominated arena and the as a single mom, the doubters returned, but Nicholson was unfazed.

Around 2008, when she entered the reserves, Nicholson returned from Oregon as a civilian.

She took up odd jobs as a pastry chef, worked at a bar, and even helped run a juice bar.

Nicholson then had her third child and enrolled at Mt. Hood Community College, graduating with three associate degrees.

During her time at MHCC, Nicholson worked in the Veteran Services department as a work-study. After graduating, she stayed with the department.

“My position is success specialist,” said Nicholson. “A typical day would be talking to veterans, figuring out benefits for veterans and making education plans.”

Nicholson emphasized the importance of support from other veterans with similar histories. She knew from experience that transiting back to civilian life could be a struggle. Nicholson had to take two years off from MHCC to work through her post-traumatic stress.

She said she wants to help other veterans navigate some of those challenges of education and navigating life outside of the military.
“I have veteran students now who have my personal number and will call and say I just need to talk to someone,” Nicholson said. “The number one thing that all veterans miss is that camaraderie — even in the reserves — you had that person who understands.”

Nicholson’s position at Veterans Services is temporary, but she plans to go back to school. Although she isn’t exactly sure of specific studies, she said she would like to continue working with other veterans.