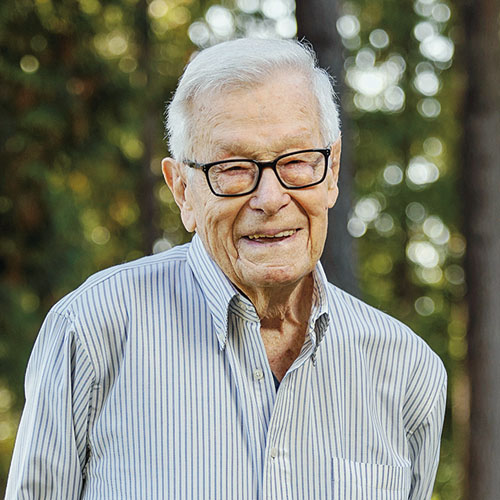 WWII MEDIC 'HAD A JOB TO DO'

Talk to just about anyone alive during World War II, and they will share a similar sentiment: There was a job to be done, so we did it.

William Brandom was a freshman in high school in Long Beach, California, when the Japanese bombed Pearl Harbor on Dec. 7, 1941. The global conflict was already raging at that point.

In Europe, the Germans were having their way, while the Empire of Japan had made rapid gains in places like China, Malaya, and the Philippines.

“It was all pretty damn negative,” Brandom recalled.

Tired of waiting for the good news to start rolling in after a few years, Brandom volunteered to join the Navy.

He went from being the “big man on campus” as a senior at his high school “to just a number,” he said.

Originally, Brandom wanted to be a seaman, working on the ship’s electrical and radio systems. But he eventually found himself in a program to train young medics who would treat the wounded coming back from the front lines.

He was assigned to the Navy’s receiving hospital in San Francisco, but he primarily worked on trains that would ship soldiers to base hospitals closer to where they came from. The Navy had an initiative to get wounded soldiers closer to home in the hopes that they would heal faster and could be with their loved ones.

Brandom recalled one train ride when he treated a soldier with a damaged colon that required him to have two colostomy bags. He was going septic.

“He was dying on me,” Brandom said. “His color changed. So, I called the head of the train and said, ‘Get the physician back here. This guy is going to die on me.’”

What Brandom didn’t know was that there was no ranking physician on board. At 18 years old and fresh out of high school, he found himself in charge. He ordered the train to stop at the next big city with a hospital that could take the dying soldier.

Not only did the man make it, but he got in contact with Brandom a short while later and thanked him for saving his life.

Brandom’s service, while only 22 months long, was full of quick-thinking, adjust-on-the-fly situations. His experiences translated into a long career in medicine.

While he didn’t practice medicine in civilian life, he attended school at Stanford University and got his Ph.D. in biological sciences. He enjoyed a long career as a professor of medical subjects.

Aside from his adventures, success seems to run in the family.

Brandom’s father, Chester “Chick” Brandom, was a pitcher for the Pittsburgh Pirates in 1909 when the club won its first World Series.

His son, Peter Brandom, is the new city manager of Cornelius.

Peter Brandom said of his father’s service, “I definitely have a lot of pride in it.”

The Brandoms all know how important it is to celebrate the stories of this fading generation of U.S. veterans. The elder Brandom, now 96 years old, said he’d outlived all of his wartime buddies.

They all knew the same mantra: “It had to be done, so we did it.”