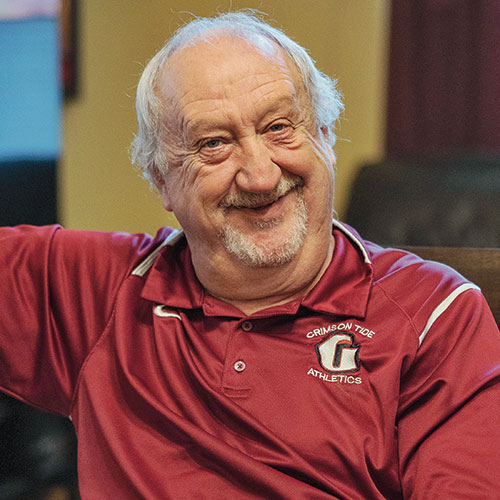 Stationed in West Germany at the height of the Cold War, U.S. Army veteran Dave Hill said there were a lot of sleepless nights amid constant fear of impending war.

But he says one night stood out in particular: the day former President Ronald Reagan was shot in 1981.

“The Army just assumed it was Russia who had shot him,” said Hill, who was an infantry soldier with an air defense artillery unit that oversaw nuclear-capable missiles at the time. “It was the beginning of war. We were on crazy high alert for weeks.”

While he’s thankful no missiles or bullets were ever fired during that time, Hill said, such threat alerts — of a lesser degree — were frequent, with soldiers hurrying to man their posts in response to the threat of war.

Having joined the Army shortly after graduating high school in 1974 during the end of the Vietnam War, Hill says he never intended for his assignment in West Germany to be the beginning of a 20-year military career.

He had many roles during his service, including guarding classified documents in a bunker in West Germany, overseeing physical training of new Army recruits at a base in South Carolina, managing civilian security clearances at the Pentagon for the secretary of the Army, and, towards the end of his career, working in community affairs at NATO headquarters in Brussels.

Hill, who grew up in Ashland and now lives in Cornelius, said part of what pushed him to join the Army was the self-induced pressure he felt having a father who served in the Pacific during World War II.

“That probably had more to do with me joining than anything,” Hill said, adding that although his father was a proud veteran, he didn’t press him to join the military.

Hills said he understood early on how war could impact a soldier. That’s in part why he says often “brushes off” people who thank him for his service because he never saw combat.

“I say I was there if I was needed,” Hill said, adding that anyone who joins the military needs to be willing to die if their service leads them to a combat setting.

Asked if he would have stayed in the Army as long as he did if it wasn’t peacetime, he said, “Yes, I would have.”

Hill says what mainly kept him in the Army for so long was the ability to see new places and build relationships with people he wouldn’t have met otherwise.
Hill traveled into East Berlin three times during the Cold War, which he said helped solidify his belief that his service in the region was necessary.

He recalled peeking over the Berlin Wall, seeing the area packed with barbed wire and anti-tank weapons and the Soviet soldiers focusing their binoculars on him. The poverty of the city was immediately apparent when he was in the city, with long lines at grocery stores due to food shortages, he said.

“I’m an empathetic guy, and you could see that the people over there were struggling,” Hill said. “You realize that you didn’t want that to happen anywhere else.”

His time in West Germany allowed him to see much of western Europe, which gave him an appreciation for other cultures in a way that informs how he sees America’s place in the world today, he said. While he says he’s proud of his service, Hill doesn’t subscribe to a nationalistic worldview.

While he has avoided social media groups for veterans, Hill has connected with veterans in other ways. One of the jobs he had before he retired was at the U.S. Department of Veterans Affairs, helping veterans with disability claims receive benefits.

“That was a job that I really enjoyed,” Hill said. “You help people out a lot.”