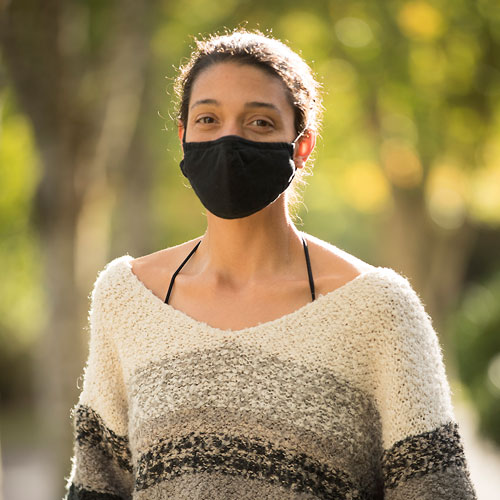 Nicole Dawson’s time in the Army was marked by conflict, but not necessarily the type of conflict most civilians think of when they think about the U.S. military.

As a military doctor, Dawson faced moral and ethical conflicts. She was also surprised to find that her military experience conflicted with what she learned growing up.

As a high schooler, Dawson knew she wanted to attend Johns Hopkins University, but with her mom’s teacher’s salary, she would need a good deal of financial help to get in. As a military school student, where recruiters were prominent, the easiest way to get financial aid seemed to be joining the school’s Reserve Officers’ Training Corps program, which would provide her with the scholarship she needed.

Dawson recalled her time in the ROTC program fondly, especially participating in the Ranger Challenge, and the lifelong friends she made.

Because Ranger Challenge was a male-dominated arena, Dawson was pleased to earn her place among the ROTC cadets’ fittest.

Following her undergrad at Johns Hopkins, Dawson wanted to continue her medical education without the regular distractions of being pulled out of school for training.

She applied and was granted educational deferment for medical school and her residency. Following her anesthesiology residency, Dawson became a captain and a staff anesthesiologist at Brooke Army Medical Center in San Antonio, one of the country’s largest military hospitals.

After two years in San Antonio, Dawson became the brigade surgeon for an infantry brigade of about 4,000 soldiers.

Dawson said her time in the military was one of the best experiences of her life. It built character and was confusing and eye-opening at the same time. After the attacks of Sept. 11, 2001, Dawson was suddenly introduced to the U.S. military’s darker history.

“Even though we were really well-traveled, I had a pretty insular view of the role of our military and global policing,” she said. “It changed dramatically after September 11th.”

Dawson began to think about her place in the military as she read about American war crimes and recalled her childhood on American military bases in Europe and Asia.

“Having been in the Philippines in the 80s when rebels were pretty active, all that suddenly started coming together,” she said. “Are they rebels? Are they insurrectionists? Are they fighting for their true independence and trying to get us, the occupying forces, out?” Dawson said it was mortifying to learn the truth about war crimes committed by the country she was now serving.

“All of my understanding that we’re the good guys completely flipped,” she said. “I was so shocked at how little I understood our role.”

These feelings of conflict echoed somewhat for Dawson when she began preparing to deploy as a brigade surgeon.

As a doctor, her pledge to “do no harm” was suddenly looking more complicated than when she was helping wounded veterans in San Antonio.

She recalled leaning over to say to the brigade chaplain at a staff meeting and saying, “You know I’m not going to shoot anyone, right?”

But Dawson, who had recently married, learned she was pregnant while getting vaccinations in preparation for deployment. She ended up not deploying for that tour.

As an Army doctor, Dawson also mentioned how difficult it is to understand American military intervention’s actual toll. She said she still regularly thinks about the young, devastatingly wounded soldiers she saw during her service.

“I had a 19-year-old guy, and he just had one limb left. I was in the room when his 18-year-old wife came in, and I was thinking about their life and what was going through their minds when he came back from his tour with one arm,” she said. “It really makes you think about the cost — and not the nearly $1 trillion a year budget cost, but the personal cost. “

Dawson also marveled at the incredible, life-long bonds that were formed while serving in the military. She recalled the friends she made during her military career as “amazing, brilliant, selfless individuals.”

According to Dawson, these bonds aren’t limited to the people she served with, but anyone who has served, no matter where or when.

“All of the warm, fuzzy feelings of camaraderie a person can get, even after having served even in horrible conditions. I’ve met vets from Vietnam and other conflicts and non-conflict vets, and there is this camaraderie that exists 30 or 50 years later,” she said. “I don’t feel like I have that shared narrative in any other way with any other group of people.”