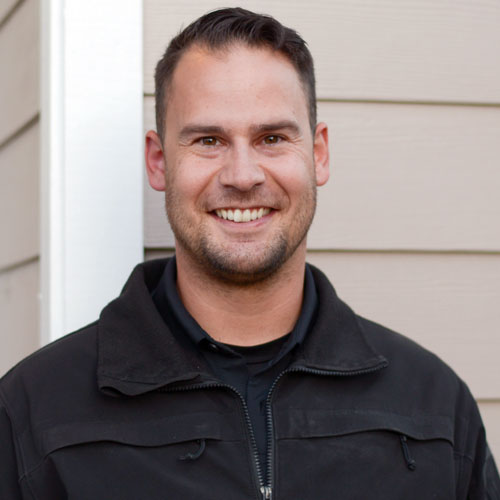 Not long after traveling the more than 7,000 miles home from his last deployment, Derek Fraser was out at the county fairgrounds, helping manage a more local disaster.

Fraser said he was always interested in public service, but active duty in the Army wasn’t the right fit. Joining the National Guard to fight fires and floods closer to home appealed more. But Fraser said he tends to sign up for everything, so he was gung-ho when the opportunity to volunteer for deployment arose.

“Just knowing that they needed people, you know, and me being able and willing, I was like, ‘All right, let’s go,’” Fraser said. “Sometimes, I should just say no, but I volunteered to go,” he laughed. “I’m glad I did.”

Fraser was initially part of the Salem-based 1249th Engineer Battalion, even after moving back to St. Helens. He switched over to the 741st Brigade Engineer Battalion last year when he heard the deployment was coming up.

Overseas, Fraser led a squad of eight, providing security for HIMARS rocket launchers. Fraser chose to be a combat engineer, meaning he protected troops navigating difficult terrain in combat scenarios. Though his past experiences would have made firefighting or emergency medicine a logical specialty, Fraser wanted something more exciting. A combat engineer dealing with explosives fit the bill.

Preparing for missions filled typical weeks while deployed, from maintenance on trucks and weapons to training soldiers in a changing environment.

Most of the time, Fraser said he just felt he was doing his job. However, one proud accomplishment was saving the life of another soldier. Fraser said he was inside the barracks when a soldier ran in, yelling for Fraser to help. Another soldier was lying in the sand, unresponsive, and Fraser performed CPR. The soldier had been bitten by an insect and had a severe allergic reaction that closed his airway.

“It was super scary. And hot. I always have to emphasize that,” Fraser said. The hardest adjustment was the heat. Temperatures in Kuwait this summer reached 126 degrees Fahrenheit. Coming back to Oregon was literally a breath of fresh air, with cooler temperatures and better air quality — at least until the wildfires hit.

But while returning home to St. Helens brought physical comforts, Fraser said he misses his fellow troops, who were a bright spot in his deployment.

“I just always think back to how tight we were as a platoon, and that sense of family that we had,” Fraser said. “We all stuck together, and we got through it because of each other,” Fraser said. He described challenges — both at their post and with their lives back in the states — that soldiers helped each other through.

Coming home from a deployment amid a pandemic that has forced distance between neighbors and shut down community gatherings has been disheartening. “I kind of envisioned this warm welcome home and stuff like that, and it just hasn’t really felt like that.”

Fraser said he was sad that the ceremony wouldn’t be extravagant, but more for his fellow soldiers than himself. “Especially the younger guys, because it means a lot to me that they’re serving,” Fraser said, noting that enrollment in the armed forces has decreased among younger generations.

Fraser works in Columbia County’s land development services department. In September, however, he was able to assist with emergency management operations. At the county fairgrounds, the county provided stables, land and donations for families who were forced out of their homes by the wildfires that devastated parts of Oregon. Helping with housing for displaced families provided a transition from the lively days of deployment to an eight-to-five job routine.