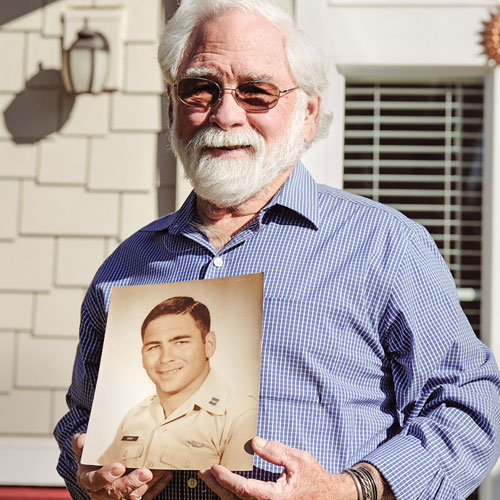 According to the Pentagon Papers, the lodestar of U.S. policy during the Vietnam War was “Domino Theory,” the belief that if one state fell to Communist control, all surrounding governments would follow suit.

The United States was never formally at war with Laos. Under international law, the small country remained neutral during the Vietnam conflict. The Laotian government was sympathetic to Communist ideology and aided the transportation of equipment and manpower to North Vietnamese forces via the Ho Chi Minh Trail.

In response, the United States launched covert operations in Laos in 1964 and continued to do so for nine years, according to a 2016 news release from the Obama administration.

Walter W. Want, now 78 years old, served as a pilot in the Air Force from 1964 to 1969. Most of his missions were conducted in Laotian airspace — the government granted him permission to speak about his experiences in 2010.

He is apprehensive about sharing details, “I liked being a pilot, but I don’t like being the target,” he said.

Want spent his childhood in Anthony, New Mexico, with his mother and three siblings. He enrolled at New Mexico State in 1960 and joined the university’s reserve officers training corps (ROTC) program at the prospect of a leadership position and $65 a month.

“You have to remember, that was a lot of money back then. A six-pack of beer was only a dollar,” he said.

He drove delivery trucks across the southwestern United States to provide his family with extra cash before enlisting in the Air Force in 1964, upon completion of his degree.

He met his now-wife, Julie, at a bar in 1965. The couple wed the following year and had two children. Walter and Julie remain happily married.

Want trained extensively in the states, spending most of his time in the cockpit of a Boeing B-52 Stratofortress, America’s long-range strategic bomber for decades. He was deployed overseas in 1968 as part of the 23rd Tactical Air Support Squadron (TASS).

The 23rd TASS was a Forward Air Controllers (FAC) unit that conducted reconnaissance, rescue and bombing operations in southeastern Asia under the command of the Air Force.

Want rose to the position of captain, piloting hundreds of missions for the FAC in his one-year of deployment. He was stationed in Thailand for a time and a member of what he describes as a “clandestine” group. He also flew an O-2 Skymaster (Cessna 337), exclusively conducting tactical ground support operations.

Want is a storyteller and he has plenty to share. He remembers tuning into a radio broadcast of the moon landing while performing reconnaissance. He rescued Central Intelligence Agency operatives, piloted an experimental stealth plane and spent far too much time maneuvering through flak.

The sacrifices of Want and his FAC constituents have never been fully recognized by the U.S. government because military operations in Laos violated international law and were not protected by the Geneva Convention.

“I was never there, according to the government,” Want said.

His daily briefs were shrouded in secrecy, but he followed orders like any airman does.

President Richard Nixon often told the public that there were no boots on the ground in Laos — a technicality that frustrated FAC service members. When Want returned home from active duty, the records of his deployment disappeared.

“Anything that revealed where I had been or what I had done was gone. There’s no record. They did it to honor the rules of engagement,” he said. “It makes you feel naked.”

Want is quick to acknowledge that war is hell. Even so, he is grateful for the time he spent in the military. It gave him direction, kick-started a successful civilian career and instilled in him the understanding that if you want something done, you must do it yourself.

“I’m looking back over my life, noting things that my wife and I have done — I was blessed with a military career,” he said. “We’ve lived a good life.”