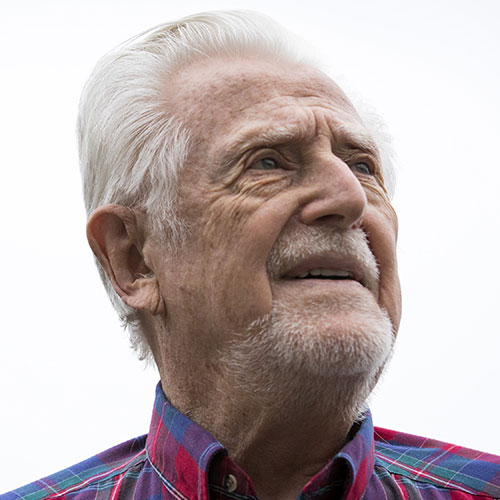 FROM SKIP BOMBING TO TEACHING

Whether it was inspecting aviation aircraft engine parts in Hawaii or flying inside a torpedo bomber military unit in Seattle, Beaverton resident Bruce Reed, 92, was eager to serve his country after World War II.

At 17, Reed needed his mother’s permission to enlist in the United States Navy. He remembers thinking of the military as an opportunity to explore a world outside of Portland.

“I got out of high school and I didn’t know what do and didn’t want to go any further as far as education at that time,” recalled Reed. “So, I said, ‘Well, I better go into the military then maybe.’”

Reed wasn’t the only member of his family with that idea.

“I did a lot of drilling and so forth,” explained Reed. “But it was all right. I had done a lot walking as a high school student and did a lot of athletic stuff. I was used to walking and it didn’t bother be in the march block like it did other people.”

Reed’s wishes to explore a life outside of the Pacific Northwest soon came true. After boot camp, the teen arrived in Honolulu, Hawaii, and was stationed at the naval air station at Pearl Harbor.

“It was still a busy airbase,” said Reed. “I worked at the assembly there (and) didn’t fly at that time. I was based in a shop.”

On the base, Reed worked with civilians to tear down aircraft engines, clean them up and then put parts on an assembly line. He would then inspect the parts and send them on to the next stage.

“That’s all I did all day long and it was very boring,” Reed said. Despite not getting the job he wanted right away, he soon got news that would change his military career.

Reed was sent back to San Diego and reassigned as a crewmember on a torpedo bomber — a military aircraft made to attack ships with aerial torpedoes — squadron based out of Seattle, Washington.

Reed said the squadron would practice skip bombing, when a pilot flies low over water and skips a bomb along the surface until it hits a desired target. “I liked that a lot,” Reed said.

More specifically, Reed said he liked flying, even though he wasn’t the one piloting the aircraft. It also didn’t hurt that he was closer to home.

“At the time, my girlfriend from Portland came up and visited with her sister in Seattle, so I still had my girlfriend,” he said. “That was nice. I liked to have my girlfriend there.”

After his time in the military, Reed was ready for college, and in 1952, received his bachelor’s degree in teaching from Eastern Oregon University. Reed’s girlfriend later became his wife, and they both eventually secured jobs with the Beaverton School District.

“I had a meeting with a counselor, and he said, ‘You could do three things: a doctor, a farmer, or a teacher,” recalled Reed. “I said, ‘Well, I don’t like blood so I’m not going to be a doctor. I don’t have any land so I can’t be a farmer. So, the only one left was to be a teacher.”

In September 1952, Reed stepped into his first classroom at C.E. Mason Elementary School, which is now closed.

Reed spent the next 33 years of his life teaching everything from art, to music, to physical education, eventually retiring from the school district in 1985.

“It was difficult at first,” said Reed about his departure from teaching. “But the good thing was that I had a beautiful wife. The amazing thing with her is that she was the school secretary so we retired at the same time.”

Reed said that the military gave him the needed skills to buckle down, finish his education, and create a career of his own.

“The biggest lesson that I learned in the military was how to take care of myself,” he said. “I had nobody to depend upon but me.”